Pluto was a lovely Planet to be on last night, (Pluto is a Planet, and that's that).
The mist was dreamy, the air was a cool blue, the people were colorful and fun.
The drink of the night, aptly called "Pluto Mist" is a blue Red Bull/ tequila/Absolute Citron /blue caurcao martini, served up in a blue glass.
The band was invented just a few days ago. There was no practicing, and no songs were written. Brilliant. It stars Kuiper, Misty, Cranius, and Pluto .
I'm a Special guest (who would like to be in the band now that I see it is all fun and no practice).
Dig it! 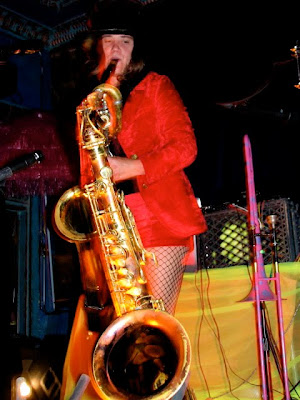 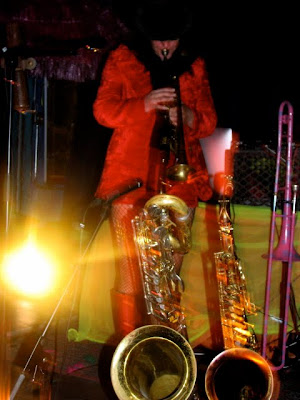 Kuiper set the tone with her bad-ass horn-playing. My favorite new song she sings is called "Hamburg Leather Party".... where the party, and the song, never ends. 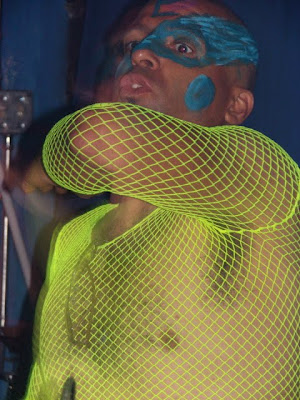 Misty is the genius behind the band. His killer techno-wizardry makes everything sound groooovy! 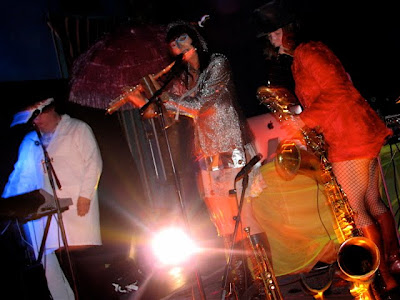 I played a couple of my new hit singles. This one is called "Ponies on Pluto". 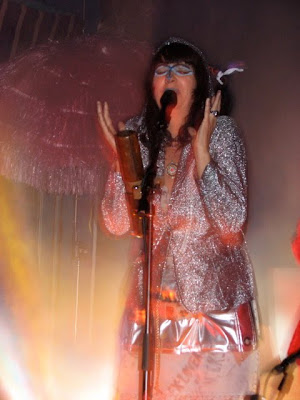 And of-course my smash hit, "Janimal". 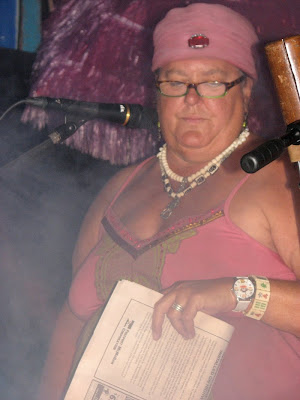 Kate sent everyone into deep space with "Police Beat", in which she sang the police beat from the local paper. I thought she made up the bit about cows seen wearing ponchos and sombreros, but I am told that in-fact a complaint was filed. Hmmmmm.... 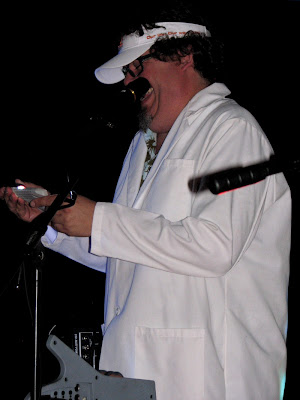 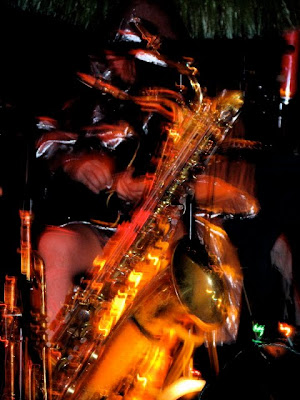 Pluto wore a "Cloak of invisibility", which made him very difficult to photograph. 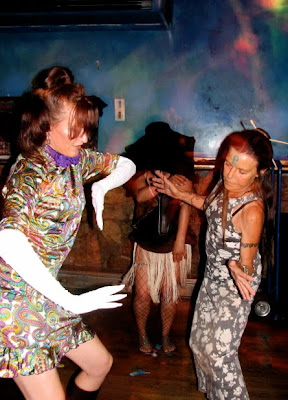 There were some exotic Plutoian dancers in the house. 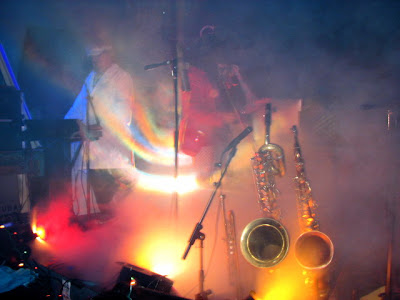 As promised, the scene was laden with special effects. 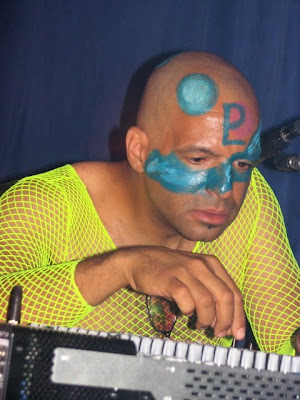 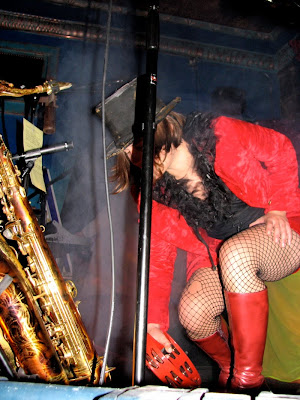 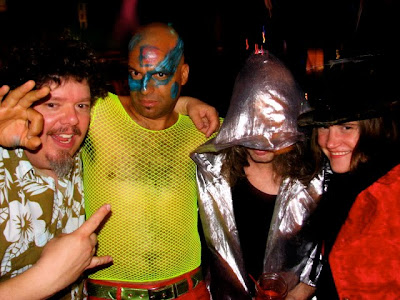 I would love to strap on a jet pack and visit this mystical, blue Planet again very soon. I hope to see you there! 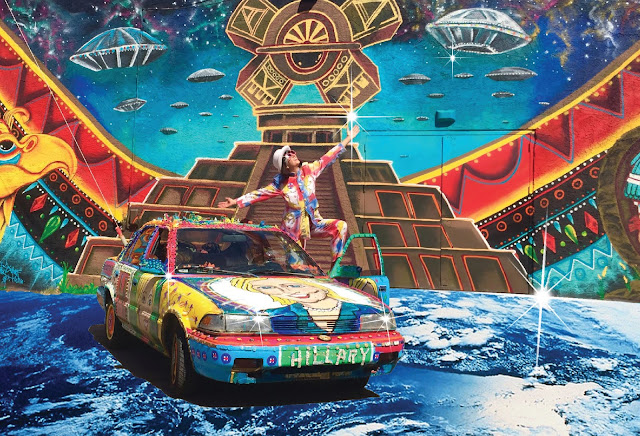 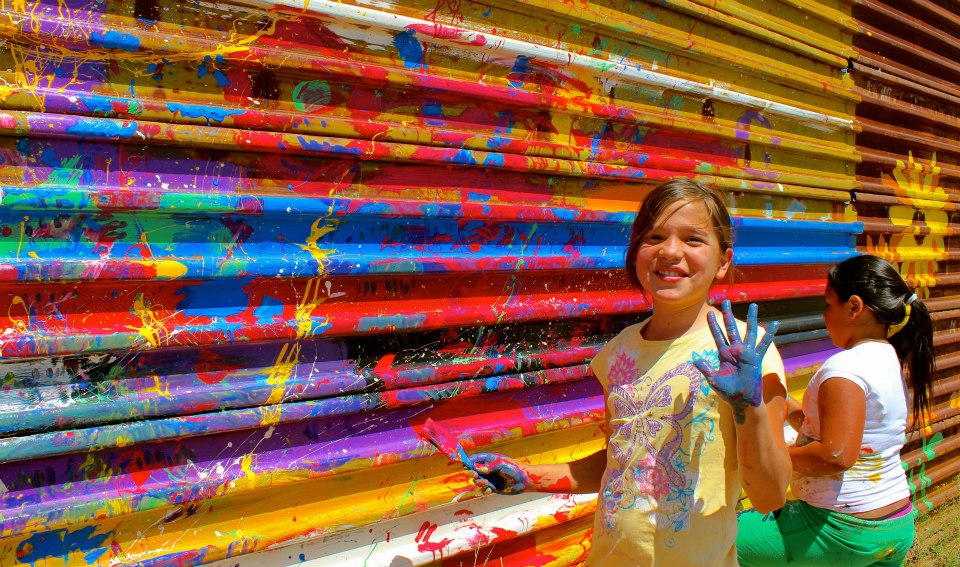 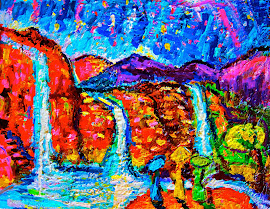 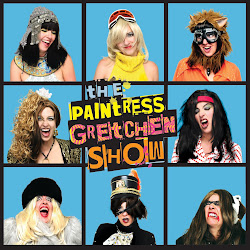 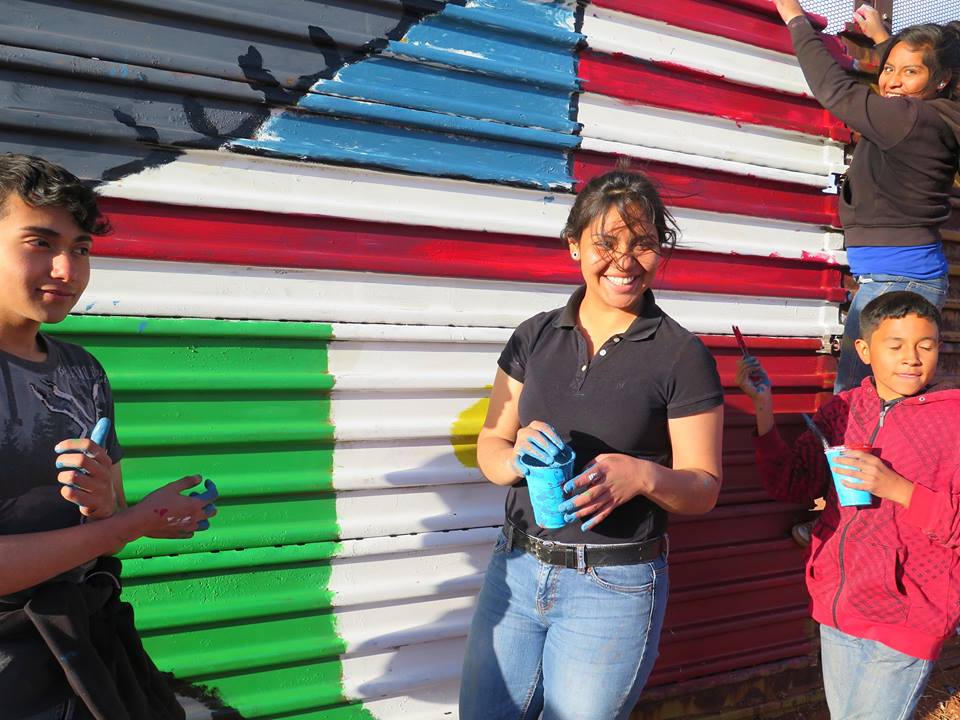 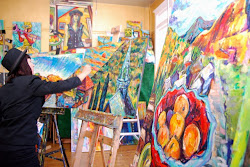 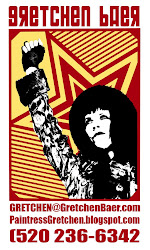